REPORT: Nancy Pelosi Joining The Pro DeSantis Migration and Purchasing a Home in The Free State of Florida

Why MI AG Dana Nessel Called Muslim Terrorist A “White Supremacist?”…And Why Is No One Is Asking Why MSNBC Interviewed Michigan’s Nutcase AG About A Crime In TX? [VIDEO]

Are COVID-19 injections the “ethno-bomb” Israel began developing in the late 1990s?

1666 and the SABBATEAN ROOTS of the NEW WORLD DISORDER

Record your terminal session with Asciinema

Like The NBA, Warriors Co-Owner ‘Doesn’t Care’ About Uyghur Suffering

Prime age mortality SPIKED by 50% across multiple states during the year of the “life-saving” covid-19 vaccine – NaturalNews.com

REPORT: Nancy Pelosi Joining The Pro DeSantis Migration and Purchasing a Home in The Free State of Florida

by Flambeaux
in Blog, National, Politics
0

For the past few weeks rumors have been swirling about Nancy Pelosi traveling to the free state of Florida to view property for another home [link].   Everyone knows if Democrats get crushed in the 2022 mid-terms, she will exit congress faster than a fat kid playing dodge ball.  Pelosi was spotted on the same flight as Marjorie Taylor Greene [link], and then spotted again looking at a specific $25 million beach estate [link].

Obviously it would be a little hypocritical for Speaker Pelosi to politically rail against the policies of Governor Ron DeSantis and yet support those policies with a physical move to the state.  However, that said, Democrats -particularly those in political leadership- are notorious for double standards.

Trending
“I Know for a FACT HCQ and Ivermectin Work to Treat COVID!” 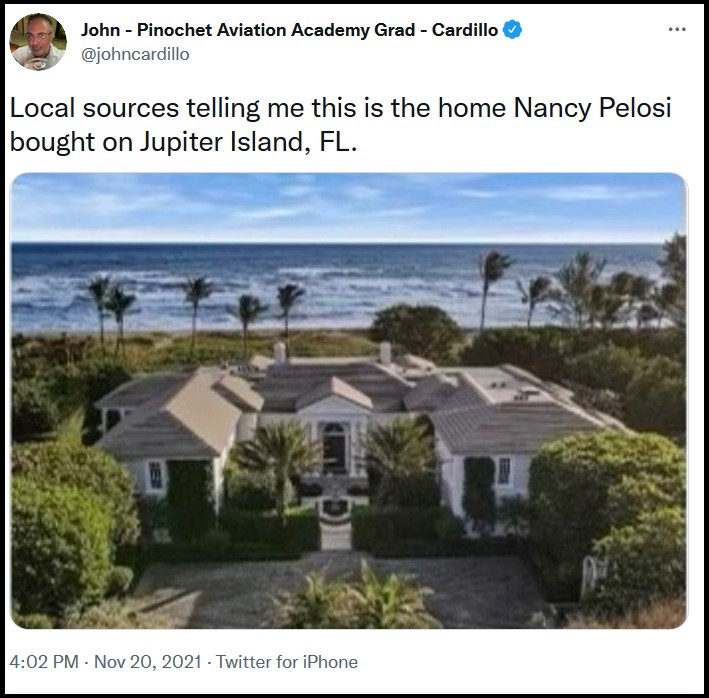 There’s a lot of speculation, and not any specific evidence to support the claims.   Here is a LINK to the listing, which does show the home has recently changed to “pending” status.   The home sold in 2015 for $15 million and was then put up for sale again this year in May for $25 million.  That gives you an idea how rapid the home values in Florida have risen in the past few years.

If Pelosi has purchased that house Florida Governor Ron DeSantis will have a fun talking point in his reelection campaign; especially because the official Democrat funding mechanisms (Democrat Governors Association) have admitted it would be futile to try and defeat DeSantis – they ain’t wasting money trying. 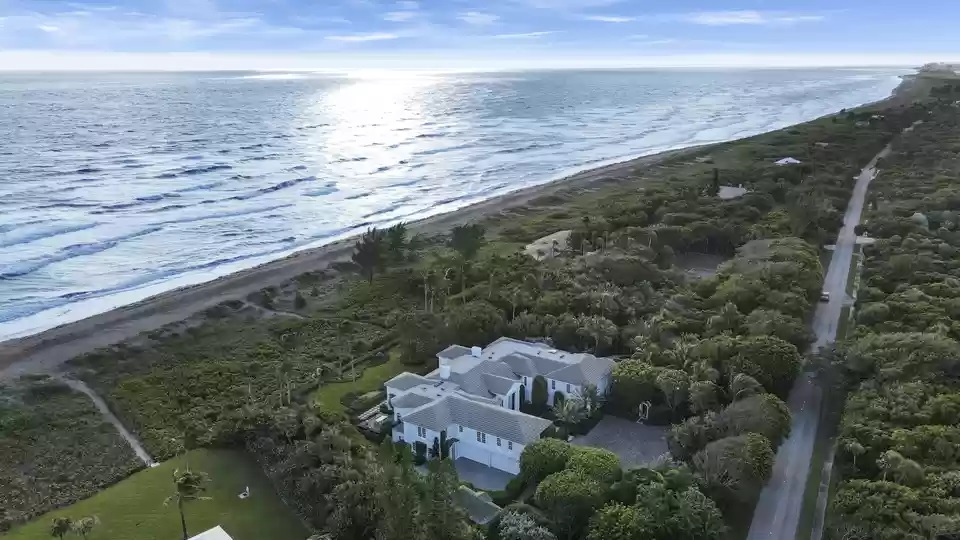 It is a beautiful property.  However, obviously Pelosi -like Obama- is not worried about climate change.